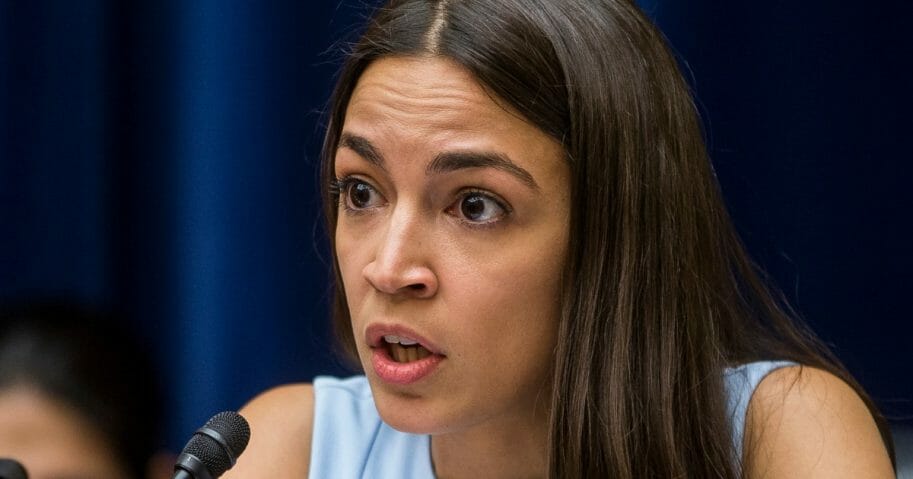 A Louisiana police officer who wrote in a Facebook post that Democratic New York Rep. Alexandria Ocasio-Cortez “needs a round” has been fired.

Officer Charlie Rispoli, in a since-deleted post, linked to a satirical article about the freshman congresswoman and called her a “vile idiot” who “needs a round, and I don’t mean the kind she used to serve,” according to The Hill.

TRENDING: Dem Lawmaker Flip Flops on Racism Claim After Man She Confronted Tells His Side of the Story

The officer’s comments even prompted a response from the congresswoman herself.

“The President is sowing violence. He’s creating an environment where people can get hurt & he claims plausible deniability,” she added.

The President is sowing violence. He’s creating an environment where people can get hurt & he claims plausible deniability. https://t.co/GuYKPGzSLm

Do you think that Rispoli should have been fired?

The article to which Rispoli linked in his post, titled “Ocasio-Cortez on the Budget: ‘We Pay Soldiers Too Much,’” came from a satirical website called Taters Gonna Tate. The website’s “about us” page notes that “everything on this website is fiction.”

“This incident, we feel, has been an embarrassment to our department,” Lawson said, according to NOLA.com.

“These officers have certainly acted in a manner which was unprofessional,” he continued, “alluding to a violent act be conducted against a sitting U.S. [congresswoman], a member of our government [and] we are not going to tolerate that.

RELATED: ‘Does That Sound Like Me?’: Trump Scolds Media for Claim Aides Wrote His Weekend ‘Talking Points’

“We still have an open investigation at this time until we get that final information from Facebook.”

The police chief also commented on Rispoli’s reaction to the satirical article.

“They take a caption and react, read a headline and react to it. It’s a shame, but it’s the world we’re living in now. It’s sad, but it’s something we just can’t tolerate.”

We are committed to truth and accuracy in all of our journalism. Read our editorial standards.